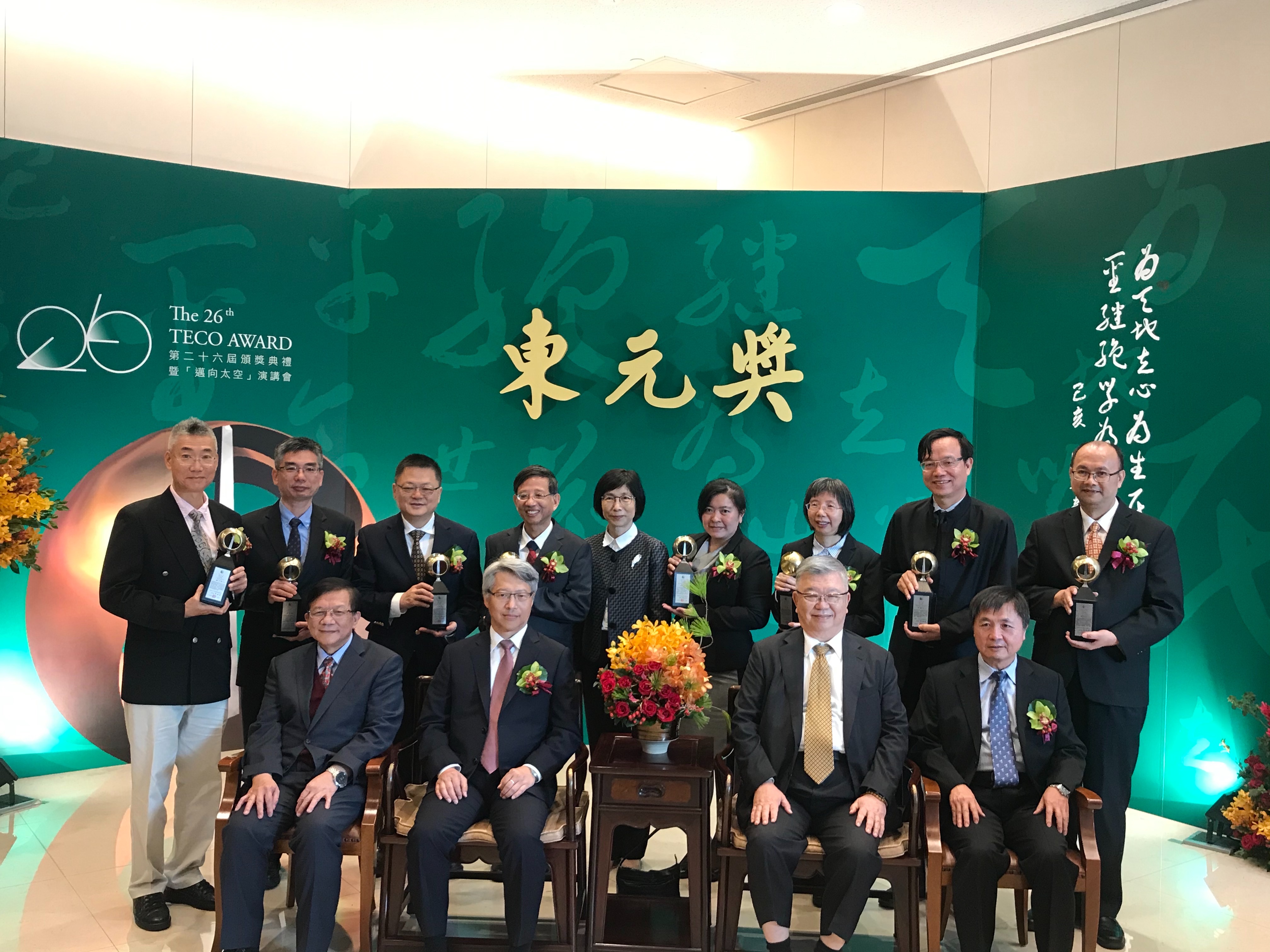 In an awarding ceremony held on Nov. 9, eight persons were granted "TECO Award," including seven scientists in four major science and technology fields, two of them females, the highest so far.

At the invitation of TECO Technology Foundations, organizer of the event, Dr. James C. Liao, president of Academia Sinica, delivered the award trophies and money to the recipients, in honor of their remarkable achievements and contributions.

All of the seven award winners in the science and technology fields are scientists dedicated to the development of cutting-edge technologies, many engaged in cooperation with industries, injecting the momentum of innovation to knowledge-based economy.

The two female winners are Lo Chu-fang, chair professor at the Department of Biotechnology and Bioindustry Sciences, National Cheng Kung University, and Hsu Shan-hui, director of the Institute of Polymer Science and Engineering, National Taiwan University, both in the "biomedicine and agriculture" sector.

In the sector of humanities, the committee of judges selected by its own teacher Tien Yuan as the winner, in acknowledgement of his yearslong dedication to scientific education in remote areas, despite affliction of liver cancer.

"TECO Award" was founded in 1993, in order to arouse awareness among local people of the importance of scientific and technological innovation for the social and national development, via encouragement for those with special contribution to Taiwan scientific and technological development. An "humanities" sector was added in the sixth edition of the award, to promote the blended development of science/technologies and humanities and the formation of a society with progress in both aspects. So far, there have been 147 recipients of the award.